The only encounter I'd want to have with snakes is the "TV-kind" but unfortunately our home's located beside a creek so I've had hair-raising encounters with them. 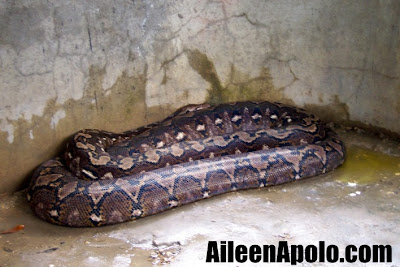 Back in the 80s majority of cars didn't have airconditioners and my Dad's bulky Mercedes Benz didn't have one either so whenever we used it we had the windows open. My Mom used to drive it around too whenever she had meetings and one day brought it around Fort Bonifacio, parked it under a tree and left the window open a bit.

The next day I was really excited since my parents were going to bring me to school. I was just in first grade and took the school bus most of the time, but that day my parents decided to bring me to school. When we opened the car the stench of something rotting surprised us. Out fell a dead snake after opening one of the doors. My Mom probably didn't notice it when she shut the door the day before. Good thing though that the door caught it since the snake was poisonous. 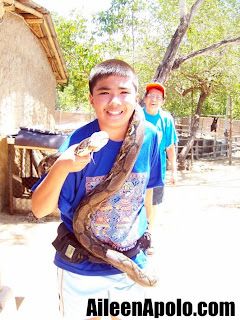 Back when I was a junior in high school we had carpentry class and one of the assignments we had was to make a lamp. Most of my classmates blew up their lamps so I decided to get some help from my Mom's carpenter at home. One of the cabinets held our tools so I opened it up to get some stuff but was surprised by a silver snake that was ready to strike. I was really fast though and shut the cabinet immediately. I also immediately scooted up the kitchen table. We never found the snake and I wonder if it's still somewhere in the house (it's probably dead LOL).


It was raining hard during my graduate school graduation. We brought my Dad's car that day but it was wonky so we decided to park it outside of the house. We couldn't move the car anymore after parking it because it wouldn't start anymore. The rain was coming down in torrents and it took awhile before we got off the car and got in the house. The next day we were surprised to see our neighbors looking at the back wheel of the car. I thought there was something wrong but was surprised to see a snake under the wheel. It was tan and had diamond spots and a triangular head. The wheel probably saved my son from being bitten by the snake.


Snake skin. Once found snake skin in the backyard. It must've come from a really fat snake.