Love, Love, Love (a follow-up on Single vs. Married? Which is Better?) 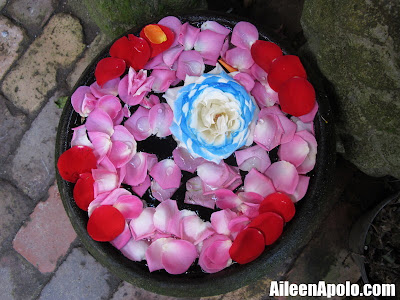 Four years ago I wrote a post entitled, "Single vs. Married? Which is Better?" and strangely enough it's still getting traffic and comments! I had no clue back then about my status four years forward. Sweetie and I weren't even a couple yet when I wrote that post! It just goes to show that you'll never really know when your one true love will come because it will just happen!

I had already given up that I would find my one true love. I gave myself a deadline that if by September 30, 2007 I didn't have a boyfriend then I'd take that as a sign that I was just meant for a life of single blessedness. I was already planning on taking a PHD! Anyway, Sweetie proposed on September 29, 2007 and let's just say the rest is history!

I thought I'd make a follow-up post about the question I posted four years ago. I have to say that it really depends on the person really. I have an aunt who never married because she did not want to despite the fact that she had a lot of suitors! And she's about 80 now and still happily single. She dots on all of her siblings, nephews and nieces.

I've been married for more than a year now and I can say the fun never stops! Granted that there are things that are routine (i.e. chores), but there's a lot of stuff you can enjoy together. I mentioned in my previous post that there's a lot of dilemmas that you would go through, but I'd say two heads are better than one when dealing with disasters (read up on our disasters on our marriage blog). Life is so much better with a better half to enjoy it with.

Email ThisBlogThis!Share to TwitterShare to FacebookShare to Pinterest
Mga etiketa: better to be single or married, single awareness day, single vs. married, valentine