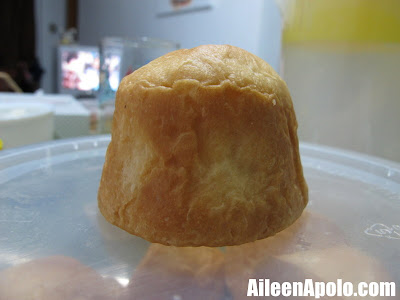 Pambonete is one of my favorite type of bread. It's about the size of a baby's fist and shaped like a bonnet- pam-bonnet-e - get it? Haha. I don't know it's history, but as far as I remember my Mom would always bring home a huge box filled with pambonete and markina from the Moderna Bakery (now Casa Moderna) in Naga.   The pambonete tastes different compared to other types of bread. It's best eaten warm and is like half-donut, half-bread with a hint of sweetness. It's hard to describe, but I usually gobble up (yes, gobble up not eat) 3-4 in less than 5 minutes. 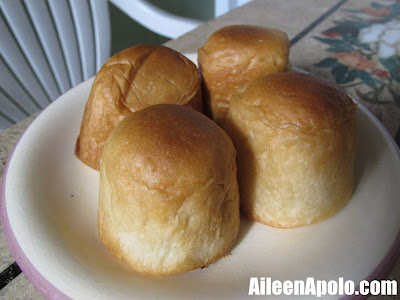 Casa Moderna is the only bakery in Bicol (as far as I know) that uses the same traditional pugon (oven) it used when it opened over 60 years ago. The oven is higher than one story and is made of bricks.When I was small I got the chance to watch how pambonete is made at Casa Moderna. Ingredients are put together in a mixing bangka (not bowl!) and the panadero mixes the ingredients by hand (more by arm actually). The dough is then laid on a baking table (everything's huge there) and shaped into small bonnets. Then the panadero puts it in the gigantic oven. I'd usually hang around to get some when they're baked. 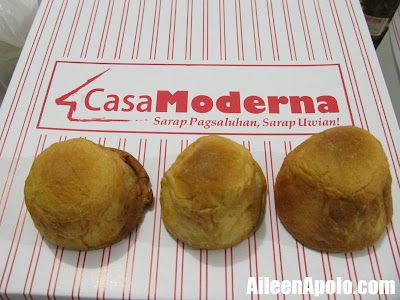 I'm glad I got the chance to visit Moderna Bakery last year when I was in Bicol. My Dad grew up there because it was his brother who founder it. It's my cousin who runs the business now and they have several branches in Naga. So if, by chance, you find yourself in Naga City, make sure to get some pambonete! Oh, make sure you get it early because supply runs out fast! 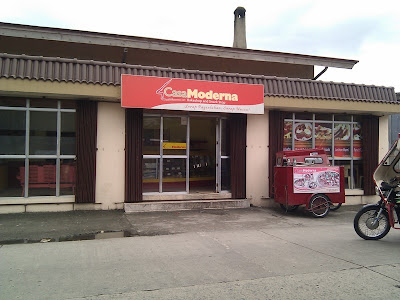