I was really baffled when I received the cutesy-cartooney "Who Says Losers Don't Get Invited to Parties?" invitation from GM since I had to ponder on the fact that I was invited to a party because I'm a loser. Huwwwwhaaaattt?!? I just found it weird. I've known that I'm different eversince I was a kid, so I thought this was normal hahaha. Anyway, my blogger-friend from Davao, Migs, was interested to go so I said I'd go with him (and dragged Miguel along hehehe).

The noisy, noisy man, Ade Magnaye, asked over Twitter how the event went and I said, "It was really fun and worth the hassle of going out." David & Goliath sure knows how to make parties fun. Here's why: 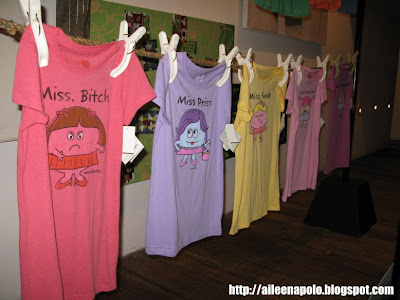 2. I was early, so I got a caricature made (does she look like me? I was fidgeting while I was being drawn). 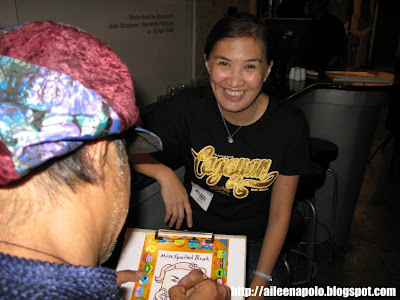 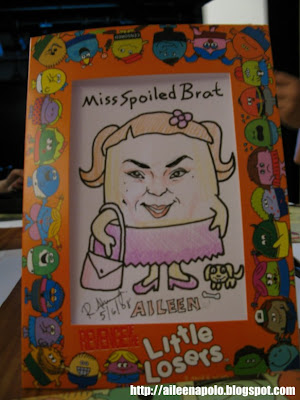 3. Cute-fab host, Gabe Mercado made sure everything was upbeat. 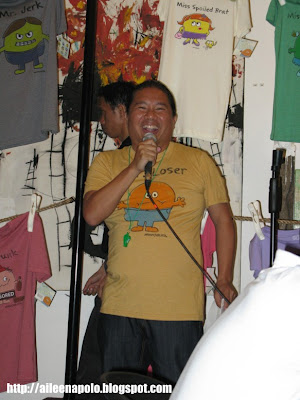 4. Games! First was charades. I know I should've gone and guessed the last "word". Na-shy kasi me eh. LOSER! LOL. 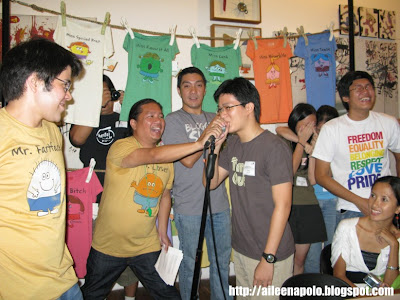 Losers Dating Game with Arthur (the chicken during the 88db.com Party) as the "searcher". It was really hilarious. 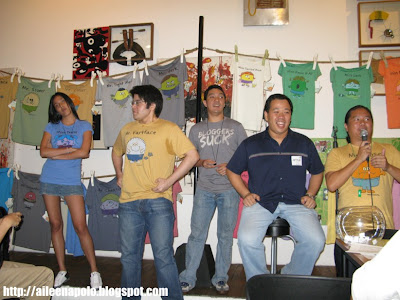 5. Freebies! Foto-loco and a loot bag with a magnet, stickers, GCs and a keychain. Also got additional GC coz we were first to arrive. Yay!

So what is David & Goliath? David & Goliath is an American clothing company founded in 2000 by Todd Goldman which was named after Todd's father (David) and dog (Goliath). The brand is known for printing slogans and quotes with images that are meant to make people laugh. The company that brought it to the Philippines is the same company that brought Havaianas and Terry S.A. The "Little Losers" collection is now available at David & Goliath stores located at Bonifacio High Street, Powerplant Mall, TriNoMa, Robinsons Place Manila Midtown, Greenbelt 5 and Rustan's Makati.

Some more photos from the event: