My high school reunion is coming up in two weeks. I told my manager that I will have to take some time off in February to attend it. He said that attending the reunion will probably be tough especially if you have not seen your classmates for a long time. I agreed that it would be tough, but I think it's an event that you should attend. My batchmates have been feverishly working on organizing the event and raising money for our batch donation.

High school was tough for a lot of people. It was tough for me because there were a lot of expectations that I felt I could not meet. Being an introvert I was terribly shy, hated speaking in front of the class, absolutely abhorred reciting in class. I was simply not confident and very much preferred to work behind the scenes.

With Chare and Ottie. 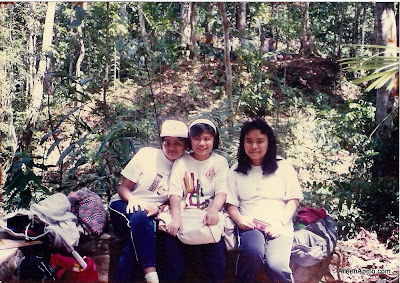 Despite that my teachers did very well. They were able to teach me skills that have helped me throughout the years. The discipline they taught helped bring me to where I am today. But I'm probably like a lot of my other classmates. I have been dilly-dallying about going to the reunion. I don't know what to expect and I'm afraid of being judged. I've avoided past reunions (except the 20th year one) for many reasons. 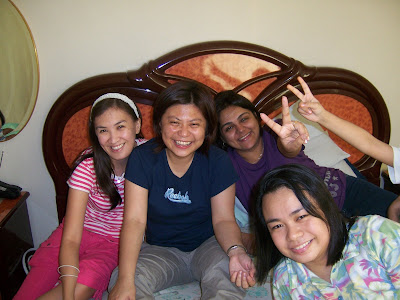 Get togethers after college. 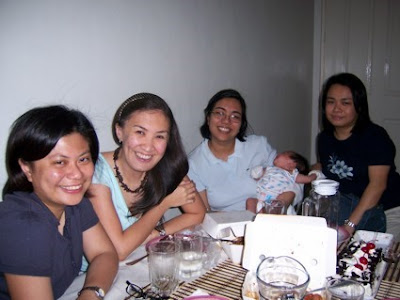 Visiting Ottie after she gave birth. 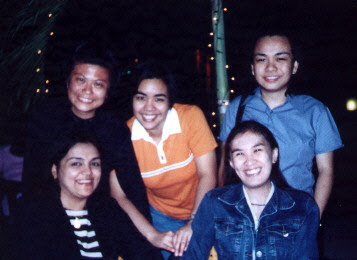 We were in our early 20s here. One of the rare times were were complete. 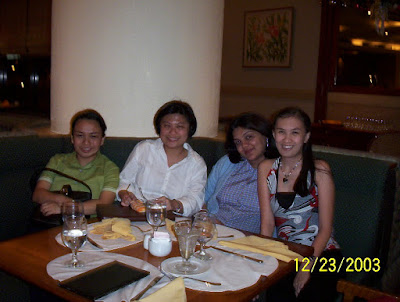 My sister who is 16 years older than me came from the same high school. She had brought me once to one of their get togethers. If I remember correctly she was probably about my age now when that happened. She brought me there to show me my future. She said that as time goes the class sections, the cliques, the barkadas, the "segmentation" go away. The bullies from way back are gone. The bad stuff are forgotten and friendships start and are renewed. She said, "Your batch eventually becomes just one big barkada of sisters." It's true. When our Dad passed away my sister was not able to come home for his funeral, but there were a lot of her batchmates who came to pay their respects and provided us support. 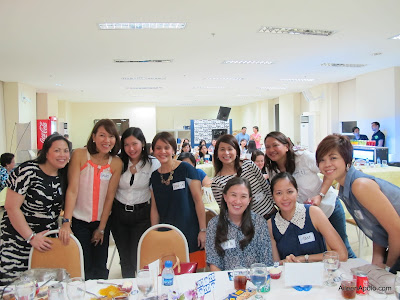 With my classmates during our 20th year HS reunion.


And this is why I have decided to throw caution in the wind and attend my high school reunion. I just hope I'd be able to convince my close friends to come so we can catch up and see how life has been in the last 25 years.

SSC Manila HS Batch 1992 silver anniversary/reunion is on February 12, 2017 at our alma mater. For details please check our batch FB group and you can bug your class president for more info.