It's been ten years since I embarked on the journey with Google and what a ride it has been.

Ten years ago I applied to be the country consultant for the Philippines on a whim (actually more out of frustration over a former boss). It took me almost six months to muster up the guts to send in my application. It was a huge surprise that I got a response from recruitment within 24 hours. After months of deliberation, background checks I onboarded on a new journey on my birthday.

A few weeks later I found myself on my first plane ride to the US. I was so scared and promptly cried when I stepped out of the San Francisco Airport. When I arrived at the hotel in Mountain View the hotel reception said my sister called several times already and she had sent me a package. It was a thick jacket since she knew I'd be cold. I knew then that I'd be okay.

I still remember my first day at campus. I entered the building with much trepidation as I did not know what to expect. I was telling myself, "What have you gotten yourself into?" After passing through reception I was told to have a snack at the micro-kitchen and there I met Francisco from Colombia. Eventually the other scouts arrived and we were ushered in a room where we had countless trainings and throughout the two weeks we met product managers, big bosses (i.e. Alan Eustace and now CEO Sundar Pichai) and we got a glimpse of Sergey Brin zipping around on a segueway. 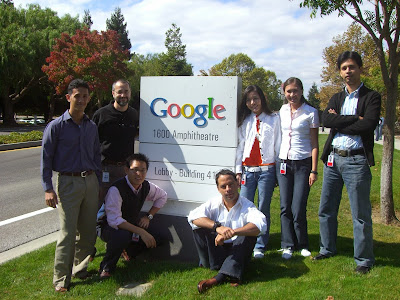 It was like being in a dream (a seriously jetlagged dream) and I now remember only bit and pieces. That two weeks though forged a fellowship and friendship among seven people. We all didn't really know what exactly we were going to do. All we knew was we had a big mission to fulfill. Throughout the years we only see each other sparingly, but we'd get on calls every so often to check on each other. And whatever we've been through, we understand each other the best. 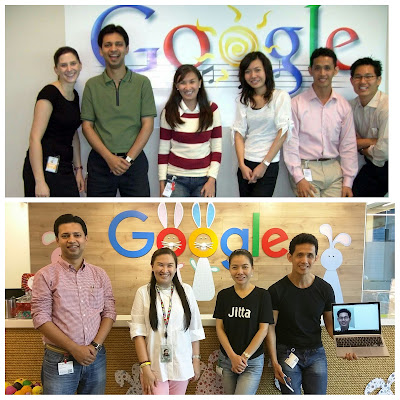 Now it's been almost ten years since that fateful year that brought us together. I'm the only one left from our batch in our region, but that special sibling bond is still there and will be there for many years to come. We are planning to do something together, but let's see how long it takes to do. We'll probably get to it on our 15th year as you know how we always try to iterate things.
Ipinaskil ni Aileen Apolo-de Jesus sa 3/31/2016 09:00:00 AM