Three years ago just before Sweetie I got married we tried to look for a place could afford to buy. We didn't so we ended up renting a place in the same village where I was born. It was really convenient since we were close to my parents. We attempted to buy a house a few months later but it was just not meant to be at that time. We then told ourselves that we'd take it slow but target to move to an owned-residence by our third year of marriage. We moved nearer to my old home a month after that fiasco so I could be nearer to my parents and because the house we were renting just had so many problems.

When I moved to Singapore last year my seatmate, Ishi, gave me some really good advise. He said I shouldn't rent a place just for myself in Singapore if my family wasn't moving with me. He said I should just stay with a friend and use the money to buy a condominium unit in Manila. Luckily my childhood friend who's  lived in Singapore for 3 years already was looking for a housemate for her new apartment. I grabbed the chance to get one of her rooms so I could save for our planned home.

It was just after New Year when I realized I should get things going to find and buy a home so we could reach our goal. I remembered a proposal I got back in November 2010 about a place that was being built near our village. I immediately brought up the idea again with Sweetie and after careful review of a number of places we decided to buy the unit near where my Mom lives. Things started rolling in late February and we scrimped and saved (would you believe my weekly allowance when I'm in Singapore is just SGD50 a week?) so we could end our lease by the time it expired.

We ended up extending our lease for another quarter though because the unit wasn't ready yet, but TODAY,  12/12/12 we finally got it! 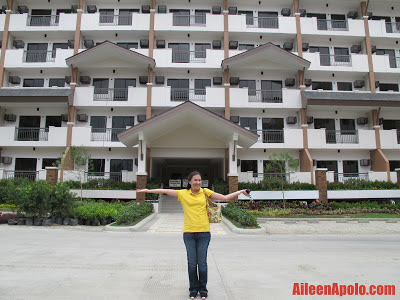