I couldn't say no to Avel when he invited me to be a speaker at the 2010 Blogfest Soccksargen. I love these guys and share their passion for blogging. I am after all an adopted daughter of the Soccksargen bloggers group since they all witnessed Jay's marriage proposal last year (he practiced on Avel and 2008 Miss GenSan Romarie). (And I still want to live in Mindanao!).

I took an early morning flight to GenSan last Saturday and bumped into Jay and Bobby at the airport -- two other speakers for the event. We proceeded to East Asia Royale Hotel and hung out for a bit. I was hungry and dragged Andrew to have late breakfast with me. We went back to the event and caught the other half of my former professor's talk (Danny Arao) on "Journalism Ethics for Bloggers" and I realized I did learn a lot from Danny when I was a student.

Soccksargen bloggers are indeed the funnest I've encountered in the Philippine blogosphere. Lead by brothers, Avel and Orman, things really go crazy when they are around. Here's a photo of bloggers enjoying Orman's afternoon energizer exercise which he did just before my talk. 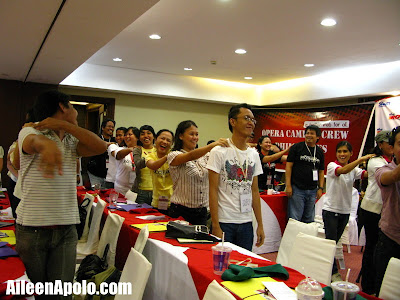 I think I must have crashed everyone's brain after my talk since Avel's orders was for me to talk Google products that may help the bloggers. And because I am masunurin, I complied. I do hope though that they would remember everything I mentioned since they did really well with my pop quiz. Haha. 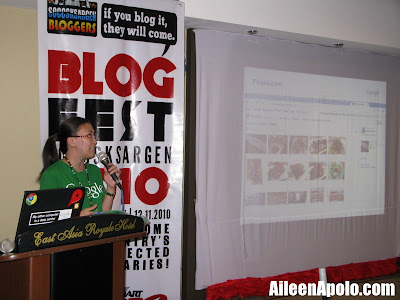 I managed to do a lot in GenSan in 24 hours. I actually managed to squeeze in some spa time, merienda at Firenzo Deli with Eric and dinner with Drew at Little Dubai. AND attended the Soxbloggers Christmas party and sashimi night. It was definitely an unforgettable and fun party (and the only Christmas party I am likely to attend this season). A magic show was ongoing when I arrived at the party and I was awed at the magician's skill (they are going to give you a run for your money Marcelle!).

The second magic act was a "comedy magic act" and the magician got someone from the audience to help him -- Ria and I volunteered Eric. It was really hilarious and I'm not sure who among the Blogfest speakers laughed the loudest. Take a look at Eric and let your imagination run wild (see photo below). 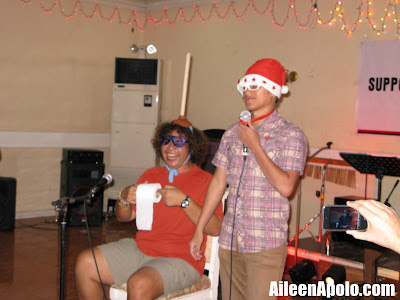 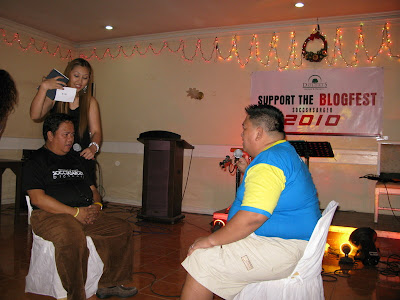 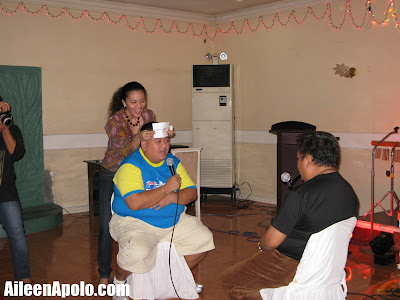 I was sad to leave GenSan. I missed another tour, but I had to go because of duties for the 2010 Philippine Blog Awards. Anyway, Soxbloggers are truly the funnest in Mindanao and I hope I'd be able to join them again next year! Thank you so much guys!

P.S. You should be proud of me, I was the only speaker who managed to bring home the bottle of Sinamak. I transferred it to 2 small water bottles and wrapped it in 3 plastic bags. Hehehehe.
Ipinaskil ni Aileen Apolo-de Jesus sa 12/15/2010 09:24:00 AM