Let's Talk about Being Beautiful 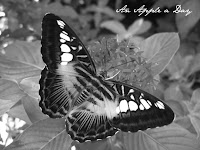 When I was a kid my Mom's boss called me the ugly duckling. I was short, had a pug nose, bunot-like hair and my skin was very white! My classmates would always kid me that my Dad was Redford White and that really made me upset.
Being an adolescent wasn't only awkward, I was reed thin until my late twenties. I had to wear braces for more than ten years and I have just given up on having straight teeth since my gums wouldn't cooperate. Up until now my hair has a mind of its own and even my hairdresser grumbles whenever he has to fix it up for a wedding. 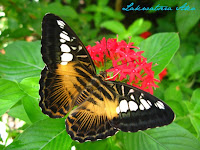 My former staff from the YP would always recount this story, "Nung ininterview ako ni Maam Aileen, naka-tshirt at maong lang siya, naka-banana clip, salamin, walang make-up at may pencil pang nakasabit sa kanyang tainga!" And then they (my staff who are now very good friends of mine) would always roar in laughter after hearing the story. They then took it upon themselves to do "Project Aileen" where they would force me to fix up every single day.
During that time I managed to fix myself up every single day since there were people breathing down my neck, but I've slipped back to my usual routine and the only take-away I have from that "project" is a splash of cheek-tint whenever I go out. 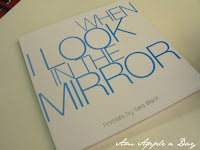 I realized though after attending Dove's launch of Sara Black's photo-book, "When I Look in the Mirror" that you just basically have to accept what God has bestowed on you. The awkwardness and all the flaws you think you have would just fade in the background and you should just be you.
Real beauty isn't about being a cover girl. It's about being you and letting your inner spirit shine through.
*This is BTW, my belated post for Women's Awareness Month (that's the reason why my header had a "Proud to be Woman" slogan on it). I'm also one of the featured bloggers on Dove's Real Thoughts page on their website hehe.
Ipinaskil ni Aileen Apolo-de Jesus sa 3/31/2009 09:32:00 PM