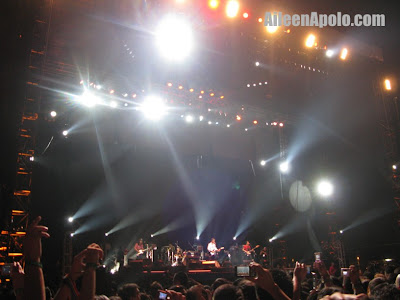 I've been a fan of the Eraserheads since college, but I never did get the privilege of seeing them live in concert during the height of their popularity. Imagine me hyperventilating in the board room when Ely Buendia showed up during a pow-wow to do a sample of the jingle of a brand I used to handle. I was literally jumping in my seat even before he started to sing the jingle. I had to contain myself though since it was a meeting. That surprise of the ad agency was the turn-key of the campaign. Check out how that fared here. 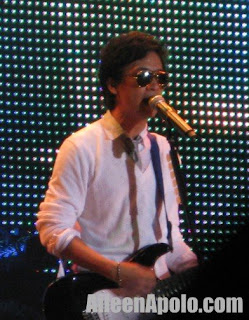 Fast-forward to 2008, rumors of an Eraserheads reunion have been floating around for years and I'm probably one of the millions of fans of the E-heads who wished for it. I was ecstatic when it was finally announced and my first worry back then was it coincided with the PBA! Nooooo! Good thing the organizers moved it to September 21 (be there!).

I must say that the reunion felt surreal. I was teary eyed when Ely started to sing since I never thought it possible that I would be able to watch them together. The first set went well and I was very happy that two of my favorite E-heads songs was played ("Fruitcake" and "Huwag Mong Itanong"), it was really a shock though when Ely's sister announced that they were cutting the concert short since Ely was rushed to the hospital. A short prayer was said and everyone then left the venue quietly. I hope and pray that Ely gets well soon.

Here a video blog about the concert, it has snippets from all the songs (save for one) and the announcement:

Thank you Sweetie for working hard to get us to watch the concert.