I did not realize it's been 4 days since I last made a post. I did not go on vacation, I was actually just home but was very busy working and taking care of other stuff during the holidays (what holiday? meron ba? LOL).

Topic #1 - "Uy antaba mo ngayon ah!" Yeah, weight is ALWAYS the first ice breaker in any reunion. Good thing my college friends did not realize that I actually gained 25 lbs. since I graduated. 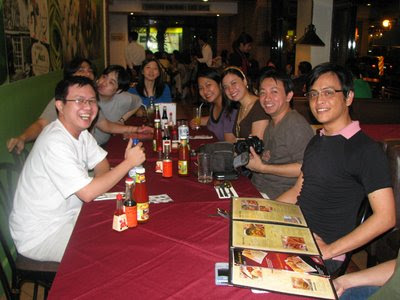 Last time I saw most of these guys was ten years ago, most were at least 20 lbs. lighter then.
Topic #2 - "Bakit di ka pa kasal? Ano nangyari?" my Tita asked in a her malumanay voice. Arggghhh! And then my Dad quipped, "Napag-iwanan na yan ng panahon!" And for that my Dad got a huge kurot from me. I am the youngest in both sides of our clan and one of the two who are unmarried. My cousin though is in her late 30s and they've designated her to be the generation's spinster (we always have one).

On the other hand, among my college buddies, those who got married already are those who we never expected to marry and these were the guys who did not even have girlfriends back in college! At least there were no questions on, "Bakit di ka pa kasal?" 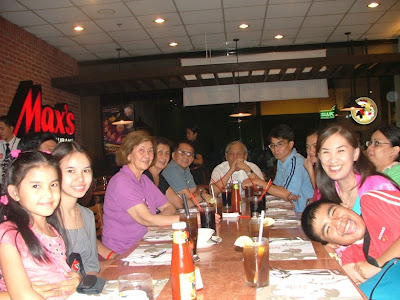 Instant family reunion after visiting the cemetery.
Topic #3 - The latest apo. The "elders" couldn't stop bragging about their grandchildren. My favorite tito won the payabangan contest this time because my cousin Tina just gave birth two months ago. I think my Dad was quite scared to quip about having a new grandchild, baka kasi umayon ako at last eh. LOL. 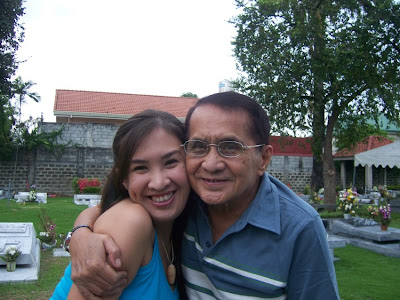 My Dad making pa-cute!
My college friends are starting to have kids as well. Ako naman ang pwede na gumimik ngayon! Ha-ha! The disadvantage though of having friends with kids is a longer Christmas list, but that's okay, basta girl because I love shopping for baby dresses.

Topic #4 - Trip down on memory lane. Funny antics from way back. Who's changed their sexual orientation. Who broke up with who. Scandalous old tsismis. And one thing that you should bring during reunions are old photos. My gawd! I couldn't imagine myself 25 lbs. lighter with an 18-inch waist line. Funny though how the most un-sentimental person was the one who actually had an album. 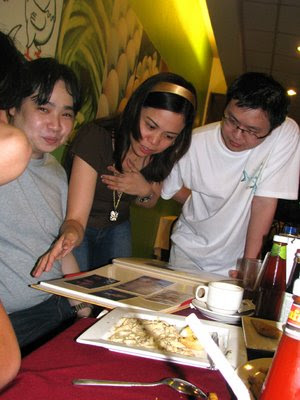 I almost fainted when Sweetie saw my old college photos! I had braces then! 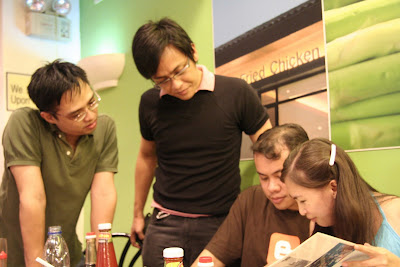 OMG... me in braces! And really, really short hair!
Topic #5 - The SO interrogation. Good thing my relatives and friends are nice during first meetings. Patay si Sweetie sa sunod na meet-up. (Don't worry I won't tell you're from the other side of the fence. LOL. Lagot ako sa reunion niyo!). My cousin though was already starting to ask questions, "One year na ba kayo niyan?" I had ammunition though and asked her about her SO and where he was. Hihihi. 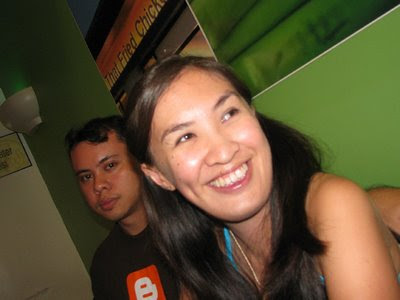 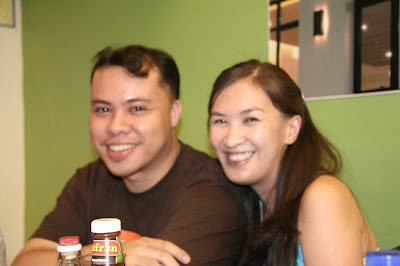 Oh, and don't laugh... both reunions were held at Max's Restaurant on different locations.

I've been listening to Christmas songs the past few weeks and here's my supposedly Sunday video (I got buried under clothes last night so I wasn't able to post it).