Happy Golden Birthday to my Kuya!

Happy, happy golden birthday to my favorite, one and only, Kuya. 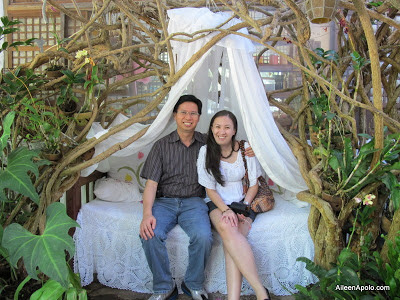 I wanted to post a photo of him carrying me when I was a baby to show that he was already a teenager when I was born. Unfortunately though the scanned photos are in my desktop in Manila.

My Kuya is is your stereotype of what an older brother should be -- protective, affectionate, a mentor, pilyo (naughty), spiritual and annoying (every so often). We were like cat and dog growing up because I'd always play my "bunso card" whenever I got annoyed with him.

It was my Kuya though who got me interested in computers. He enrolled me in logo programming summer class in Don Bosco. I'd stay with him in his office in Dutch Boy and take a short jeepney ride to school. He painstakingly taught me how to use his XT computer (which I later on inherited) and convinced our parents to upgrade my PC before I went to college. Through the years he guided me with my career decisions, taking an MBA and one thing he taught me to do was how to make an awesome resume.

My Kuya got married when I was just 14 years old so through the years I saw him less and less especially when he moved to Jakarta. He made sure we'd spend quality time whenever we were together. He's always been generous and spent for trips so we could come visit him. And he's the one who originally spent for my cardio visits in Singapore.

When I was in ICU after my surgery my Mom said I mumbled, "I want my Kuya." I remember I wanted to see my Dad but realized he's in heaven already and I instead said I wanted to see my brother. Two days later he surprised me by showing up in the hospital. He dropped everything he had planned for that weekend to come see me. Few weeks later he showed up at my apartment and spent the few hours of transit time he had to cook for me his special spaghetti.

I cannot imagine my life without my Kuya. We do still fight every so often, but he's more understanding now knowing I'm not supposed to get stressed (hehehe).

Happy, happy birthday Kuya! I was hoping to be there for your birthday but I'm still stuck in Singapore recuperating. I lent Mom to you though for a few days, but please return her tomorrow. Haha. Love you!