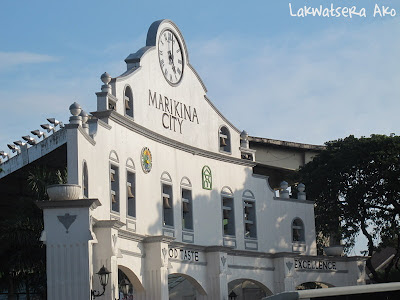 One of the things Sweetie and I worry about whenever it rains is our parents. Both our parents live in houses that flood whenever there's heavy rains. My Mom was lucky last week because it surprisingly did not flood in her house. My in-laws though had knee-deep water flood their house in Marikina.

We headed to Marikina last Saturday to check on my in-laws and find out what happened to Tito Bert, my 90-year old uncle who's a Typhoon Ondoy survivor. We went to my in-laws house first to check how they were. They were in good spirits, but tired from having to clean the house twice. House-cleaning after a flood is tasking. It doesn't matter whether you just have an inch of water, knee deep or chest deep since the floor area you have to clean would just be the same. Typhoon Ondoy cleared out most of my stuff and that's why I've been trying to live with less stuff eversince. 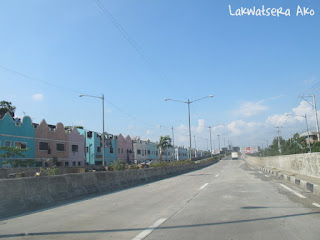 After visiting my in-laws we went to check on my cousins. They were still cleaning the house and drying stuff when we arrived with help from some kind-hearted friends. They said that they stayed at their neighbor's house (who had a second floor) when the water started to rise. When the water went down a bit they waded through water to the village's entrance so my uncle could be picked up by my aunt. He's staying with her for a few weeks.

Marikina City government did a good job of cleaning up (although I know a few schools/areas were still being cleaned), much, much better than after Typhoon Ondoy. I took some photos while in transit and here's what I got - 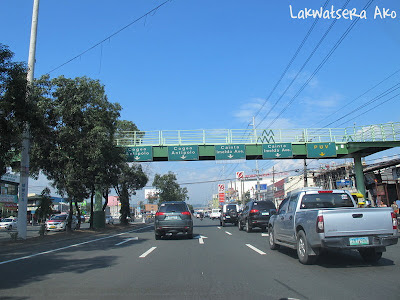 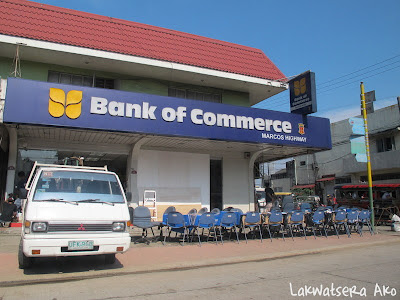 A bank dries out its chairs. 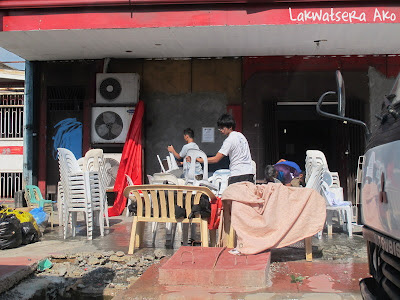 Some friends said that this wasn't due to the flood. 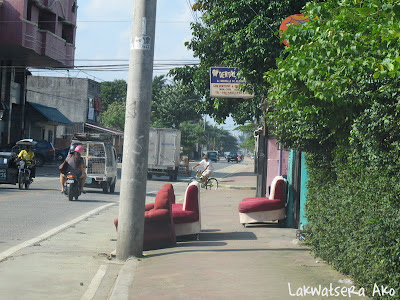 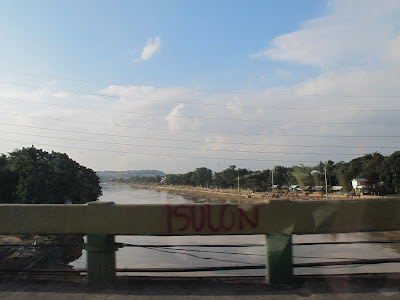 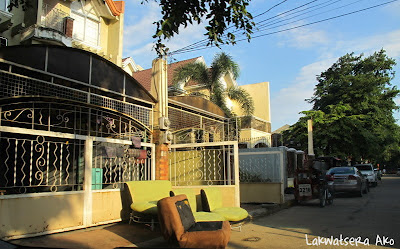 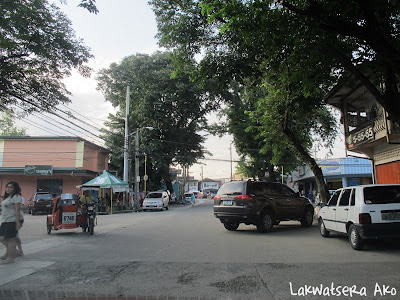 Back to normal at the entrance of Provident Village. 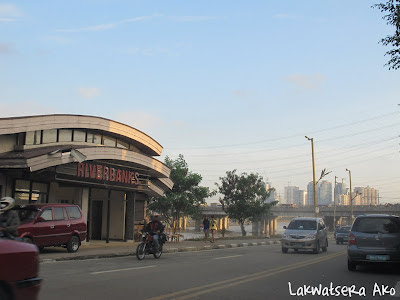 Sweetie said this structure goes under water whenever the water rises. 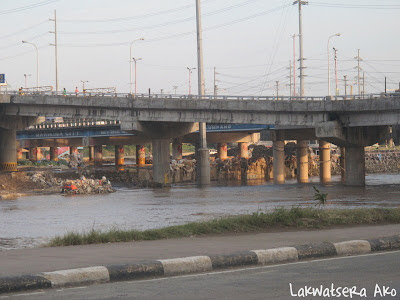 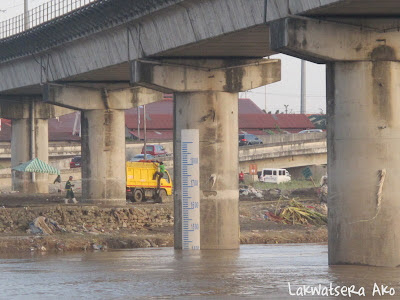 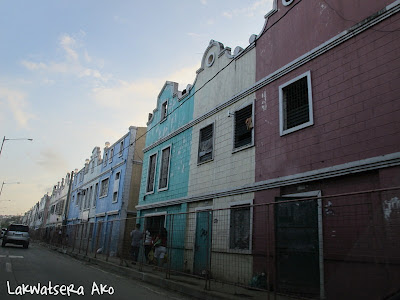 Saw this line of houses on CNN. Reporters couldn't go beyond it because of the flood.