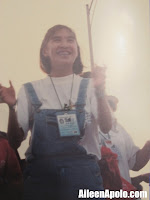 I was in college when World Youth Day was hosted by the Philippines. I went together with my friends in my parish and it was an experience I would never forget and here's a handwritten line from my scrapbook,

"Pope John Paul II became my crush. He's so cute! I saw him!!! My friend carried me so I can see him better. It was exhilarating and indescribable. It made me cry. He really does have an aura which he projects widely."


World Youth Day 1995 was the most attended WYD. There were a lot of people and a number of my co-parishioners fainted and we slept on Roxas Boulevard (near the island in front of Quirino Grandstand). It was all worth it though because seeing the Pope John Paul II pass by in his Pope mobile is an experience that can never be replicated. I remember crying when I saw him. He glowed! I don't know how it is possible, but his aura was white. I felt love and peace.

And here's some of my memorablia from World Youth Day 1995 (they survived Typhoon Ondoy!). 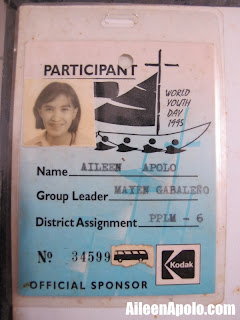 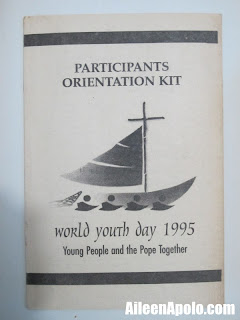 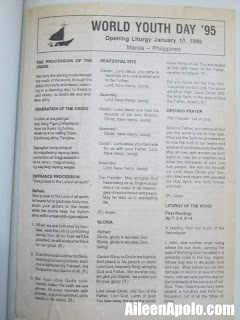 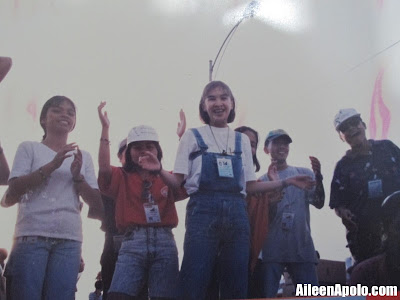