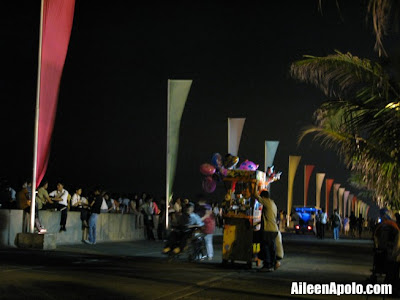 My best friend's in town! And after having a hearty lunch at home where we pigged-out on Dad's yummy mustasa dish we headed to Mall of Asia. My best friend was quite excited to see MOA since he's been holed up in Cebu the past few years.
It was a surprising afternoon though since I found myself in the middle of a Tantra gamers eyeball! I'm used to meeting with bloggers, Plurkers, people who Twit and generally online web addicts, but not gamers. I wasn't only a noob, I did not know anything about what they were talking about. I've been stuck playing PacMan and have not progressed since I was a kid so I just listened to them talk shop. They were such good sports though and were generally a lot like bloggers during meet-ups, makukulit and friendly. They also liked the fact that I took lots of photos.
So we ended up hanging around till dinner and gave my best friend the MOA tour. We wanted to get on the tram but it was filled with people, missed the boarding time for the Manila Bay Cruise, so we just walked around and took photos.
The marching band in their spiffy-for-Chinese-New-Year attire. 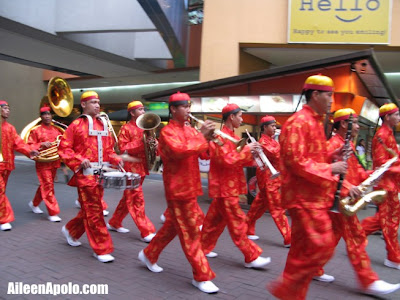 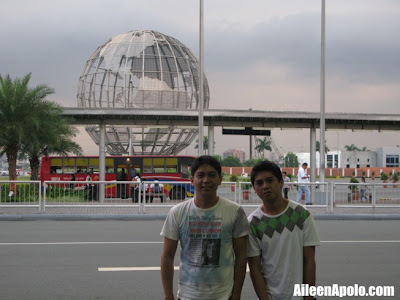 And just before dinner I'm glad we managed to watch the pyro display since it was very much different from all the others I saw last year. The fireworks did not just come from the barge this time, but some went off from the mall building. It was awesome. (Oh and I had some tokneneng/kwek-kwek while watching, it was so yummy!). (Sorry for the dismal photo, I was too engrossed watching the show.) 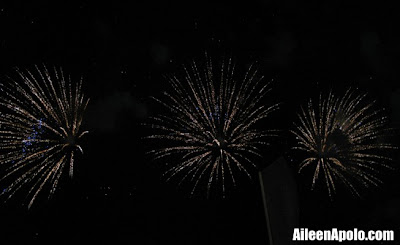 Walking around we also saw these aired balls with kids tumbling around in them. They looked a lot like Moo (my hamster) when he would play in his hamster ball. Sweetie and Darwin wanted me to try it out since I passed the weight limit. I chickened out teehee. 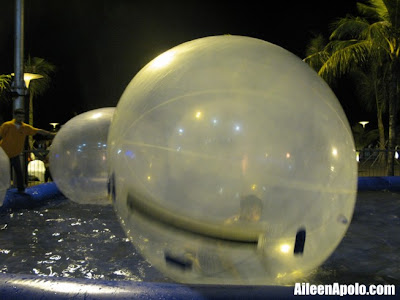 I realized that I have not really been going out since November last year and MOA was just the perfect place to spend a day with my best friend =)
Ipinaskil ni Aileen Apolo-de Jesus sa 1/24/2009 03:16:00 PM

Email ThisBlogThis!Share to TwitterShare to FacebookShare to Pinterest
Mga etiketa: mall of asia