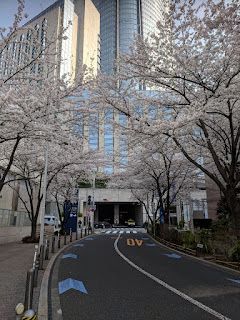 A year ago I thought I'd do something new. I decided to learn a new language. My choice was to either learn Chinese or Japanese. I was keen to learn Chinese, but after a sample class where I couldn't get the right pronunciation of syllables I realized it wasn't for me. So I ended up enrolling in Japanese language classes.

It's hard. Constructing sentences is very different from how you do it in English. My sensei though says I have very good pronunciation. It's mainly because how we read Filipino words is more or less the same.

It's been years since I've been in school and I realized the importance of studying. When we were in school we had to study a myriad of subjects. At work you do have to study, but it generally comes with the flow of things you regularly do. Well there are times we have some required modules we need to do, but it's only about 15-20 minutes of your time. Taking a class is really different.

I have the best sensei in the universe because she's very patient and understanding. I know it's going to take years before I really learn to be fluent in this language. It's allowed me to have better appreciation of Japan's culture and its people. I know I need to work harder so I can finally have the courage to speak a little Japanese when I'm there. :)
Ipinaskil ni Aileen Apolo-de Jesus sa 4/12/2018 06:32:00 PM