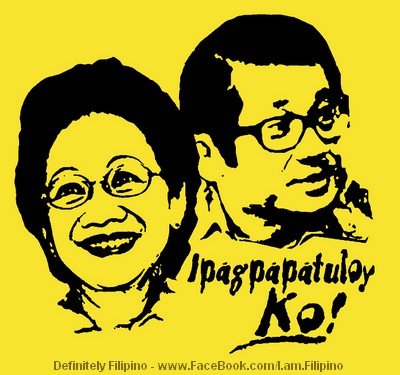 Today is the day that former Senator Benigno "Ninoy" Aquino was shot at the tarmac of then Manila International Airport (now named Ninoy Aquino International Airport). I was only 7 years old when this happened, but my parents made sure I was aware about what was happening. This is what we would discuss during dinner. As far as I understood back then, government was doing bad things and that things should change and the death of Ninoy was going to speed up the process of change.

My parents brought me to the exhibit that displayed the clothes Ninoy was wearing when he was killed. President Cory Aquino and Kris Aquino where there when we went. That day is embedded in my memory and I realize now that Ninoy changed the course of Philippine history in a big way. I do not think we'd all be enjoying the freedom we have now if not for him and the countless other people who helped in the struggle against the dictatorship.

One of the things I admire about Ninoy is his bottomless optimism. Reading and watching documentaries on what he's been through has shaped me to be forever hopeful, forever helpful (in my own little way). In the few videos I've watched Ninoy speak I never saw him waver in his optimism that the Filipino people can do things as long as they put their minds into it.

In the last few years I've been able to visit other countries and I've seen the huge difference between living in a democratic country and a non-democratic one. We Filipinos enjoy speaking our minds anytime without fear of being jailed. Sometimes it's too much (haha) and in my humble opinion I think we can each use that energy (and brain cells) to help and improve our country instead of complaining left and right. My friends in other countries always tell me they are envious about our freedom and how things seem to be improving faster in our country.

Again, as I wrote six years ago, there is still much to be done. Don't just sit there, let's all do something to contribute to build our nation.