I have Found THE Camera!

A week ago I asked advise about what camera I should get. My Kodak Easyshare V603 which I have been using since I started this blog 2 years ago has become insufficient for my needs (did you notice the audio disappear in the middle of the acrobat video in my previous post?). I've been looking around for months and it dawned on me the other night at the Dell event that I have outgrown my camera already.

Thanks to those who gave advise on which camera I should get and for giving tips as well on how I should choose. I kept the following advise in mind:

So, I completely dropped the idea of getting a DSLR (much to the consternation of my photographer-friends) since:

(1) I don't like carrying around a lot of gadgets (having 2 phones is bad enough);
(2) I need a gadget that would be good both for taking photos and videos;
(3) I don't want a long learning curve;
(4) Getting a DSLR will open a new box of interest that entails buying more and more accessories; and
(5) I have so much to learn about photography and I think it's going to take a long time before I jump in the DSLR bandwagon.

So, after careful deliberation (after reading all the comments), I bugged Sweetie, Juned, Jayvee, and Markku for more advise. I was tasked to go through a multitude of websites, camera review sites and blogs. I realized that there are a LOT of cameras out their in the market. At the end of the day I marked the Canon Powershot G9 as my first choice and I wanted to check out as well the Kodak Z series since I've been a Kodak user for about 5 years now (my last film camera though is a Canon).

I've been window shopping for a camera the past few months, so the challenge I actually faced was finding a shop that carries (and has stock) of the Canon Powershot G9. Most shops do not carry it since they said it's an "almost professional" camera. I went to a couple of malls before I found it - it's available at the Canon-D shop and CameraHaus in Glorietta. The price was the same, but I decided to get it at the CameraHaus since the crew (Janice) was much more helpful and friendly than the staff at the Canon-D shop. (Oh, going to Quiapo was out of the question for so many reasons).

It took most of the weekend, thank God Sweetie and Miguel were really patient... and... 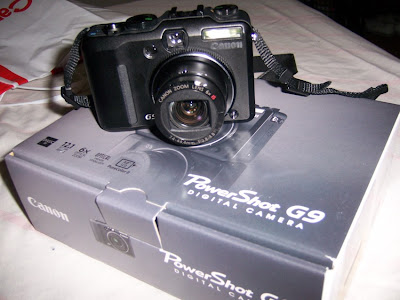 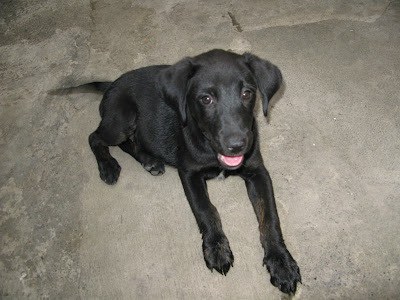