After Menudo took my heart when I was ten years old I told myself I wouldn't love any other boy band the same way. I was in college when the Backstreet Boys came into the scene. I liked their music, but OPM bands were also very popular at that time and I chose to fangirl more on local music. I never even followed the news when BSB took a break. I only listened to BSB when their songs came up on the Spotify playlist I listen to. 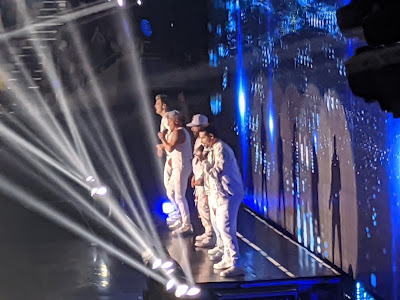 Fast forward 25 years later, BSB re-grouped and announced a world tour. When tickets started selling in Singapore I asked Sweetie whether he wanted to watch. He said no because he thought that they were going to sing mostly new songs. He changed his mind a day after the Manila concert when he heard that they sung all their famous old songs. I got a frantic call from him asking if I had plans for Wednesday night. I said, "None." Next thing I knew he booked tickets to watch the BSB DNA World Tour concert. 😅

I'm so happy that Sweetie booked those tickets! I super loved the concert especially their awesome 90s dance moves! The boys are now men and I think they are better performers today. I love that they indulged their fans with their old songs and just sang their newer songs sparingly. I think it's the best concert I've watched after a long time and grateful they still have all that energy in them! 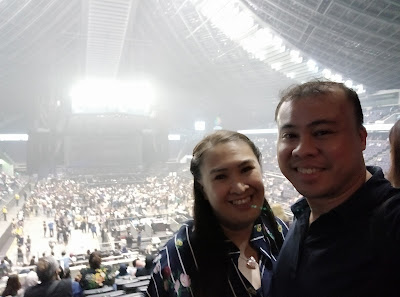 PS I took a lot of video clips, they're at https://photos.app.goo.gl/idBmWaXqXu9bQkEi6
PPS my photos were taken with a Pixel phone, the others I made nenok from Sweetie haha