“Don't rush into love. You'll find the person meant for you when you least expect it.”
― Franzie Gubatina 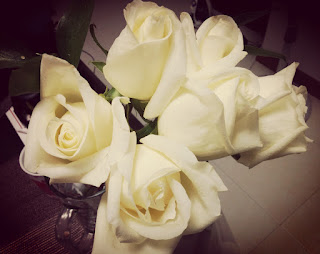 It's the week before Valentine's. Yesterday one of my friends posted an announcement from their school instructing students to wear the appropriate shirt color based on their "love status". Married? Wear green. Single and available? Wear white. Bitter? Wear violet. And the list went on.

I remember the struggle I always had during Valentine's before. There were years I didn't have a boyfriend and there were years I had a bf but they were not really the best at romancing (bad boyfriends RIP). And let's not even go the loveless Christmases I had.

The struggle was real and it came to a point where I prayed to Papa God that if by September 30, 2007 I wasn't in a relationship I would accept the fact that I was destined for single blessedness. I planned that if by then I didn't have a boyfriend I would enroll for my doctorate already. (Remember if one has a goal, one must have deadlines.) My prayer was for God to finally write my love story.

I had been having a recurring dream since I was in my teens. I'd dream I was walking down the aisle, but I never saw the groom. The only time I saw the "groom" was three months after I met Jay. I woke up confused since at that time our friendship was just blossoming. It did cross my mind though that he was a really nice guy and ideal. I shared this dream with Jonas and he counselled that I should just set it aside and not tell Jay about the dream. So I did.

My friendship with Jay blossomed. He was courting another girl at that time and I was flirting with other boys (hahaha). Apparently Jay's best friend, Kasuy, had already been pointing out to him that he liked me and that the girl he was courting wasn't the one. I was at that time "dating" someone else, but I was secretly hoping that maybe my friendship with Jay would blossom to something else since we just simply clicked. This thought I would always set aside since he was my guy best friend.

But lo and behold when I went to the US Jay kept messaging me. He was apparently feeling jealous over a guy and when I got home he proposed. And that's how God wrote my love story. 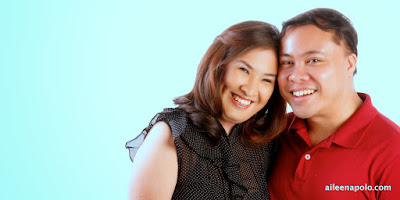 So it isn't really about meeting someone, getting swept off your feet. It's about developing into a relationship and having God guide you through it.

Doctorate? What doctorate? Hahaha. (Shhh please don't tell Maggie the plan has been shelved for now.)

Email ThisBlogThis!Share to TwitterShare to FacebookShare to Pinterest
Mga etiketa: how to find your one true love, valentine