How I Became a Fairy Godmother 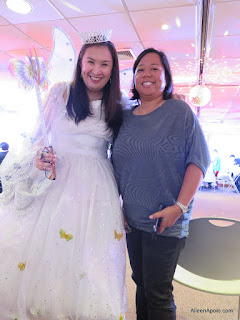 I was born odd. My brother was already 13 years old when I was born and most of the kids in our neighborhood were older than me too. So I never really belonged to an "age group". I was everyone's baby and my introversion probably held me back from being the regular kid who plays outside. My Mom had to organize play dates to force me to play with other kids. I oftentimes preferred to play with my Barbie dolls, Lego and sew in my Mom's garden during summers. Things changed though when I became active in church organizations. I always wanted to be with my friends, but then I was still older than my friends. I told you, I was born to be odd haha.

I must have also been born with an old soul because people naturally gravitate to me for advise. In university my fellow writers and artists from our student publications called me Mamasan. It was the time when everyone had a lot of angst and since I already had Miguel then my friends probably thought I had wisdom. All I did was listen and emphatise.

My being old school probably contributed to this mama image haha. You get that growing up with very traditional parents and studying in a school run by nuns. It only occurred to me that I have this image recently because all my students call me "Mommy Aileen". I ain't complaining since I only have one big boy.

In 2013 I run a project that required me to work with trainers. As we traveled across the country I got to know the group better. I was dismayed though when they encountered unfair treatment despite the great work they were doing. I took the risk of delaying delivery of my targets to move the fairies to a better place. We completed the project as one team and as much as I don't see them often now I'm happy that each of them have grown and continue to hone their skills. I want them to have the best and be the best and I pray for this every day. 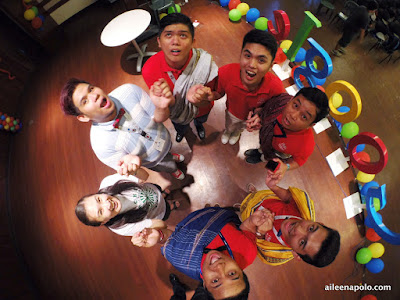 So on my birthday I got the biggest surprise. At some point of the program the girls came out bearing a crown, a wand, wings, a blouse and a huge skirt. They then formed a circle around me and started to dress me up. I felt like Cinderella being dolled up by fairies (see first photo). So that's how I became a fairy godmother hehe. [I love you girls!].