Who Should We Love? 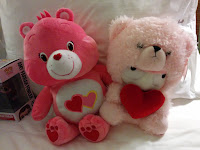 I've had my brows raised for two days now because of what a politician~athlete said about LGBTs. It's so painful I don't want to repeat it here so please just do your own research about it (using Google!). I've been a fan of this person for the accolades he earned from his sport, but that's just about it. I struggle though with everything else he does.

I know that the older generation was made to believe that being a LGBT is wrong in so many ways. I questioned that because I do not see any difference. I think it is also wrong to label them as LGBT because they're people just like everyone else. And as a Christian the golden rule is to love thy neighbor so we shouldn't be passing judgment, much less comparing other people to other living objects.

Following the Golden Rule I think is the best guideline of all. Love, love, love!