I took a leave for the rest of the week to rest and recuperate. I also didn't know how much energy I'd lose after the tests I had yesterday. I'm glad I took the day off also today since the scan was pretty painful. I had a brilliant idea last night and told Sweetie maybe we can have lunch at Central Perk.

If you're an avid fan of the TV show "Friends", you'd know that Central Perk was the cafe they used to hang out in all the time. We've been wanting to visit Central Perk and attempted to go twice already. It was either full because of a party or closed. We randomly saw a "Friends" related video last night and that's how I got the idea to have lunch there today. 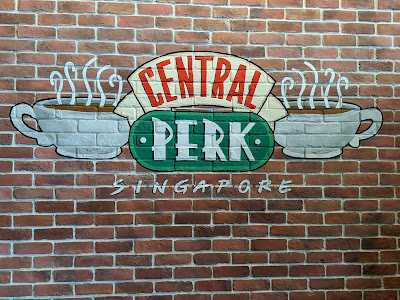 Google Maps said it would be open by 11am and it prompted me to make a reservation. I booked for 12:30pm and the place was empty when we arrived (so much for booking haha). Went through the usual safe entry and temperature check protocol and we were showed our seat which was just beside the replica of the couch. We accessed the menu via a QR code which directed us to a web page where we can select our orders. 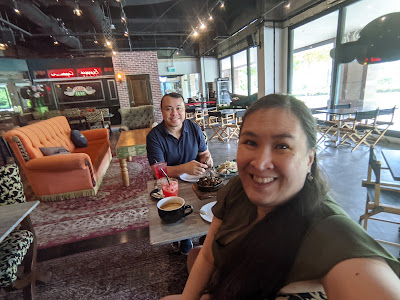 We were hungry and so ordered a lot of food! The servings were huge! The items on the menu were each associated which a character from the show. I ordered the Phoebe Buffay cappuccino and Sweetie got the Chandler Bing cappuccino. We ordered a couple more things and brought home some leftovers hehe. We ate really slow and by the time we finished (2 hours later) there were a couple more diners. (More about what we ate here). 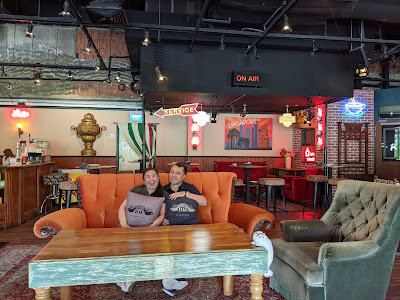 There was a small area which led to Monica and Rachel's kitchen replica and they had a few more memorablia on display. They were also selling some souvenirs (shirts go for SG$49!). After looking around we left. The food was a bit pricey, but the servings were huge and we had fun. I'm thankful I was able to make it out today. I hope I can go swimming over the weekend. 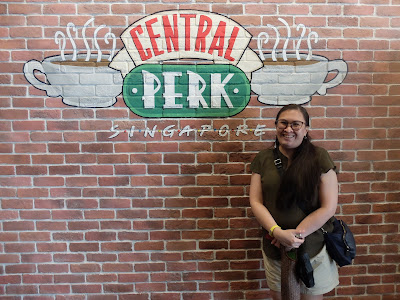 Have you visited Central Perk? Did you finish watching the Friends series?