I was presented with four forks in the road when I graduated in college.

My primary deal-breaker was the fact that I had to earn enough to make sure I'm able to feed Miguel and send him to pre-school. I didn't think I was good enough in finance to teach it. My Mom wanted me to work in a bank but I didn't think I'd survive working in one (it's still finance!). Much as I wanted to work in the senate I thought that it wouldn't pay enough for me to support Miguel. So easy enough I ended up working in a telco.

I must say that my choice of career was not deliberately planned. I had planned in broadstrokes and realized when I was taking my MBA that I wanted to specialize in marketing. At the telco they refused to give me the opportunity to transfer to another department because they wanted us to focus on selling. So I left. While finishing my MBA I helped my Mom in her export business for awhile and that's where I learned to do operations and manufacturing. Eventually I ended up in an internet company where I became product manager for a trade directory and later on for the web and mobile yellow pages. Ahh that was where I learned a lot about marketing online technologies. After that stint I spent some time in the property development industry.

In each of the jobs I had taken I made sure I learned a new skill. Sales, marketing, advertising, operations, business development, PR, and market research. I had about 10 jobs before I found THE ONE. I guess my thirst to learn more came from the 1:1 sessions I had with Dr. Ned Roberto who told me that in each and every part of my life I should have a mentor. So since then I've always strived to find someone I could follow to be my mentor (they usually don't know about it! But if I keep asking you questions or keep observing you then it means I'm trying to pick up a skill from you!). 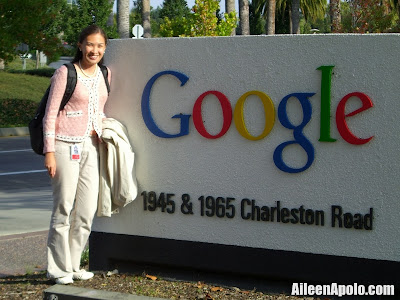 Back when I hadn't gained my Google 15 yet.


Anyway, so I celebrated my 7th Google anniversary on my birthday. It's the longest time I've spent in one company and I must say every single day has been exciting and different and I get to learn something new everyday. So how has it been in the last seven years? Let me count the ways...

When I joined back in 2006 they said that everyone gains at least 10 pounds when they join Google. Now it's not just 10, it's 15! I have definitely gained that weight and more! 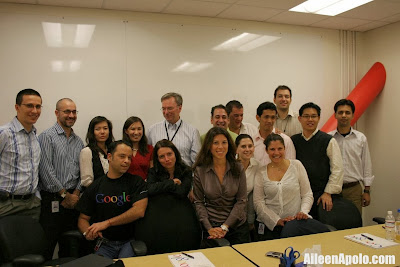 Rare opportunity to meet Dr. Eric Schmidt when he was president of Google.

A few weeks after joining Google I realized that I was living in a hole and that there was so many things out there I didn't understand and needed to study (I still feel the same way!). There has been so many people who painstakingly taught me fundamental things I needed to know about the industry and how things worked (ask Jay, he once had to give me a 2 hour session about the different programming languages!). I've never been afraid to ask and I still continue to ask when I don't understand anything. 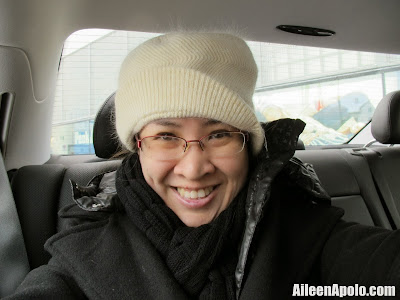 My parents told me I had itchy feet. They couldn't hold me down in one place. I just have to keep traveling. My brother laughs whenever I tell him I just want to be a plain housewife. They know that I have to be always on the go. Never in my life I imagined I would have the opportunity to visit other countries as much as I am doing now. 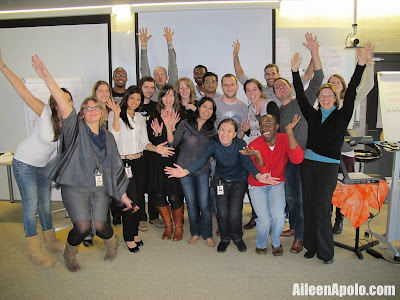 (4) Friends all over the world, and I really mean all over!

I have 24-hour support every single day and can ping anyone at any time in case I need to talk to someone. This is also one thing I didn't expect and I thank God everyday for all the new friends I meet every single day. 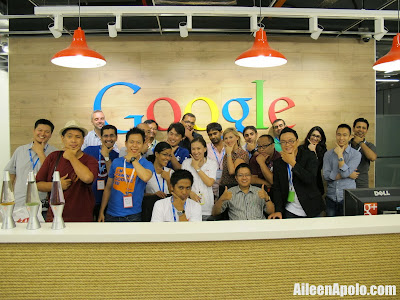 My brother told me just before my final interview that I would get the job if I was meant for it. He eventually told me that he felt that I wasn't really working because I love what I do. That's true. I actually rarely take a leave and only do when I'm just tired (or need to do a lot of laundry!). 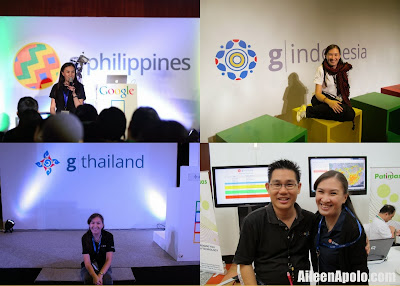 gDays in the Philippines, Indonesia, Thailand and Malaysia.

Growing up my Dad said that we should always be of service to others and I'm happy that through my job I am able to help others in my own little way. I hope that I would also inspire others to do the same. 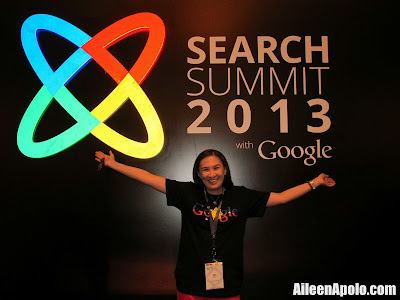 (7) Just be thankful and give it your all

I've been through a lot in the last few years but I have faith that I will always be steered in the right direction so I could complete my mission. I am thankful everyday that I got the opportunity to work in a company that's making a lot of impact in the world, a company that allows me to also make an impact. And also one that made sure I'm still going to live! :) 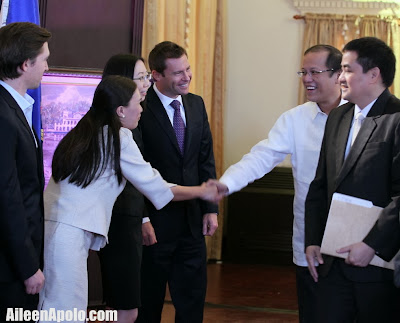 To everyone who's made it possible for me to mark this milestone, thank you from the bottom of my newly repaired heart!
Ipinaskil ni Aileen Apolo-de Jesus sa 9/29/2013 10:30:00 PM