My curiosity was piqued when I first saw Nestle's ad on the Kasambuhay Habambuhay short film anthology and I was about to bug hubby to watch it over the weekend at SM Megamall. We got lucky though because my friend, Ricky, sent out invites to an exclusive screening at Nestle. I was bent on going despite the rains.

I can just imagine how hard it is to make a "centennial ad". How can you cram 100 years in a short television ad?  Nestle said that they just "aimed for the heart" and I must say that each and every time I see their ad I couldn't help but relate to it. Here's the epic TV ad if you haven't seen it yet - 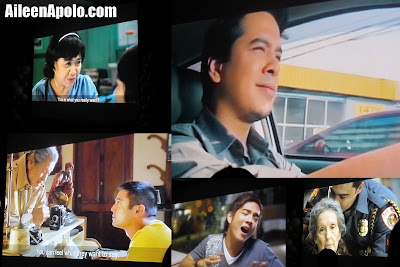 Here's a rundown of the ten short films:

The Howl & the Fussyket - directed by Chris Martinez, the Howl & the Fussyket tells a story about a boy who joins a declamation contest. He wasn't the best choice of their class, but his mother and sister realized that he had a "f" and "p" speech defect they enlist a couple of people to help him. With Eugene Domingo and Kiray, this anthology was really hilarious and a must-see for Moms with their kids.

Unplugged - directed by Raul Jorolan. This is one of my favorite films. The story is about a coach who brings his team to his grandpa's place. Seeing that the boys were more enamored with their gadgets, the grandpa (played by Eddie Garcia) confiscates all their devices so they could reconnect back to life. Being someone who is always connected I oftentimes wish that there would be days that we can just stay offline and enjoy what's out there more.

Silup - directed by Jun Reyes. Sid Lucero plays the role of a tough, role-model policeman who keeps his gun in the cupboard beside cans of milk. The story shows what is essential in life: love.

Isang Tasang Pangarap - directed by Sid Maderazo. Comedienne Ramon Bautista plays the role of a "coffee psychic" (Elias) which brings hope to people. The film was really funny and everyone burst out laughing when Elias proclaimed, "Walang himala!"

Sali Salita - directed by A/FBenaza. We all get caught up with work and oftentimes we forget that our children need our undivided attention. The story is about how words managed to reconnect a boy and his Mom. You'll also be surprised who played the role of the grandfather.

Oh! Pa Ra Sa Ta U Wa Yeah! - directed by Jeorge Agcaoili. The film is an extension of the Nestea TV ad "ibuhos ang saya" where Nico shares to his family his dilemma in courting Mattina. Nico's father shares a family heirloom, a 100-year old manual on how to court women. It's a musical comedy, so I'm sure you'll be entertained. Will Nico finally get Mattina's sweet yes?

Downtown - directed by Stephen Ngo. I was swinging from being teary-eyed and giggling throughout the film. The story unfolded mostly through actions and I love the twist at the end. It's one of my favorite stories especially since it integrated life in Binondo.

Tingala sa Baba - directed by Henry Frejas. The two kids really pulled off their roles well in this film. Two kids, one rich, one poor, are on a see-saw and their problem was how to get the chubby kid to be on top for once. Both lead very different lives, but find friendship while playing. Another one of my favorite films!

Watching the short film anthologies would make you feel a myriad of emotions, so bring tissue, water and Kitkat when you watch the film this weekend (for free!) at SM Megamall. 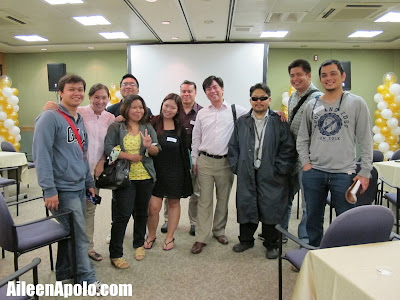 Thank you Nestle for this experience and thank you for the cookbook! I can't wait to try out the awesome recipes!