So it's my birthday/work anniversary month once again. I celebrated the last day of July by having this delicious cake at Calea - 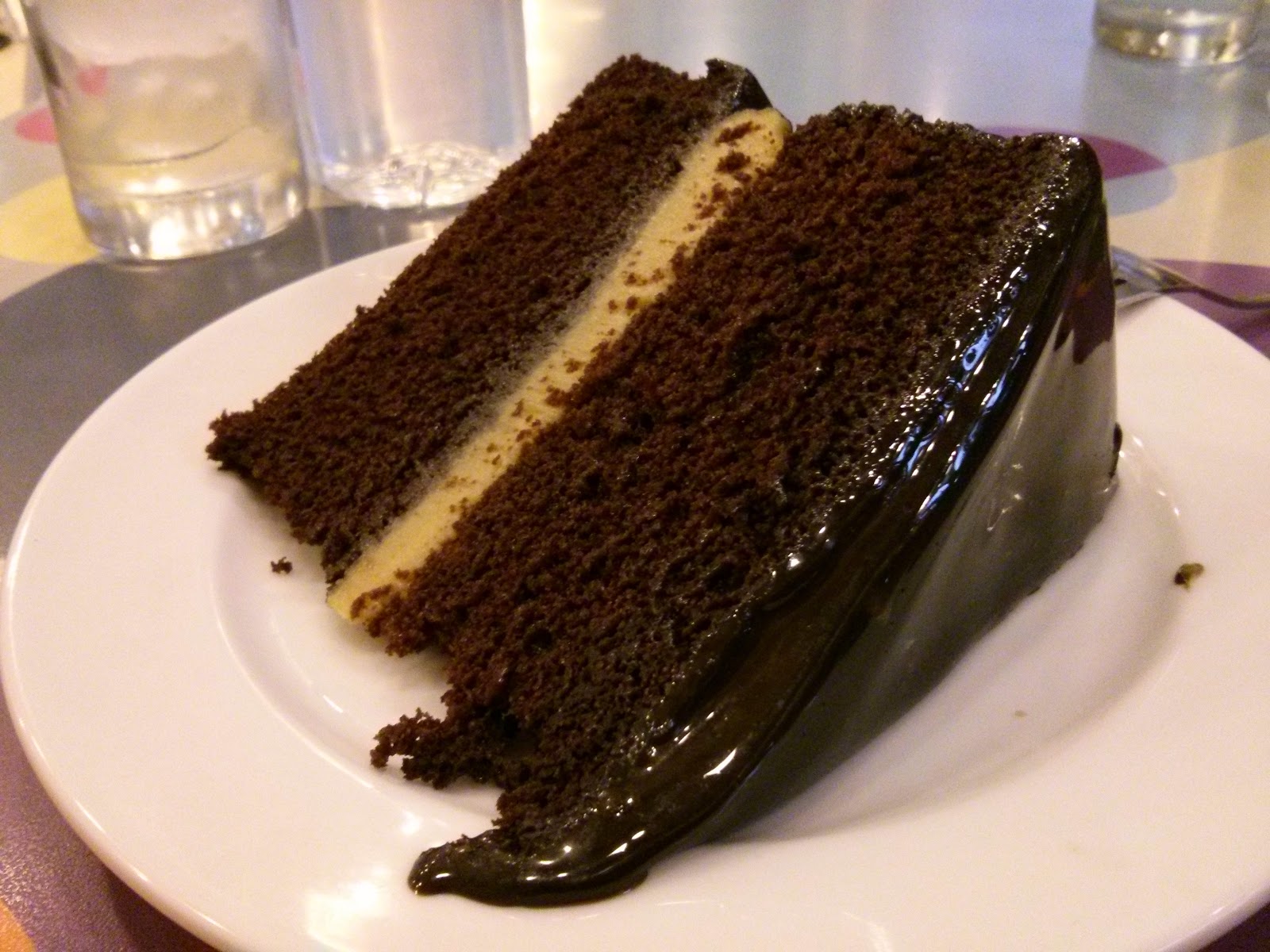 August snuck up on me since I was in Bacolod for work when it rolled-in. I ended up spending most of the day indoors working and I realized that I hadn't recovered from the trip to Iloilo just a few days before heading to Bacolod, so spending time alone was a rare treat (would've been better if connectivity was better). I had a nice lunch by myself where I got to read since the rains affected connecting to the internet (perennial telco problem). Anyway I enjoyed being disconnected for awhile since I haven't had any me time for a long time.

The next day I had a #yolo moment and went to Mambukal with my colleagues. Mambukal is a popular tourist destination an hour away from Bacolod City. It boasts of 7 waterfalls (they say there's an eight but it's high up the mountains). Franz said that his grandparents managed to get around waterfalls 1-6 with no problem, so I thought it would be okay since I had been doing a lot of walking in Singapore.

I forgot about my 5 Ps.
*Proper planning prevents poor performance

I should've read more about Mambukal. I didn't know that it was a a huge park that required hiking. I told myself I would just take a look at the first and second waterfall and then head down so I don't push my body too hard. The guides though reversed the route and started with waterfall #7 (I didn't have a clue). Two minutes heading up the mountain the whole team already had left me behind so I ended up huffing and puffing up the trail with the guide and Jerome. The guide eventually relented and found a shortcut for me so we rode a habal habal to reach the area of the seventh waterfall and that's where we caught up with the rest of the group. 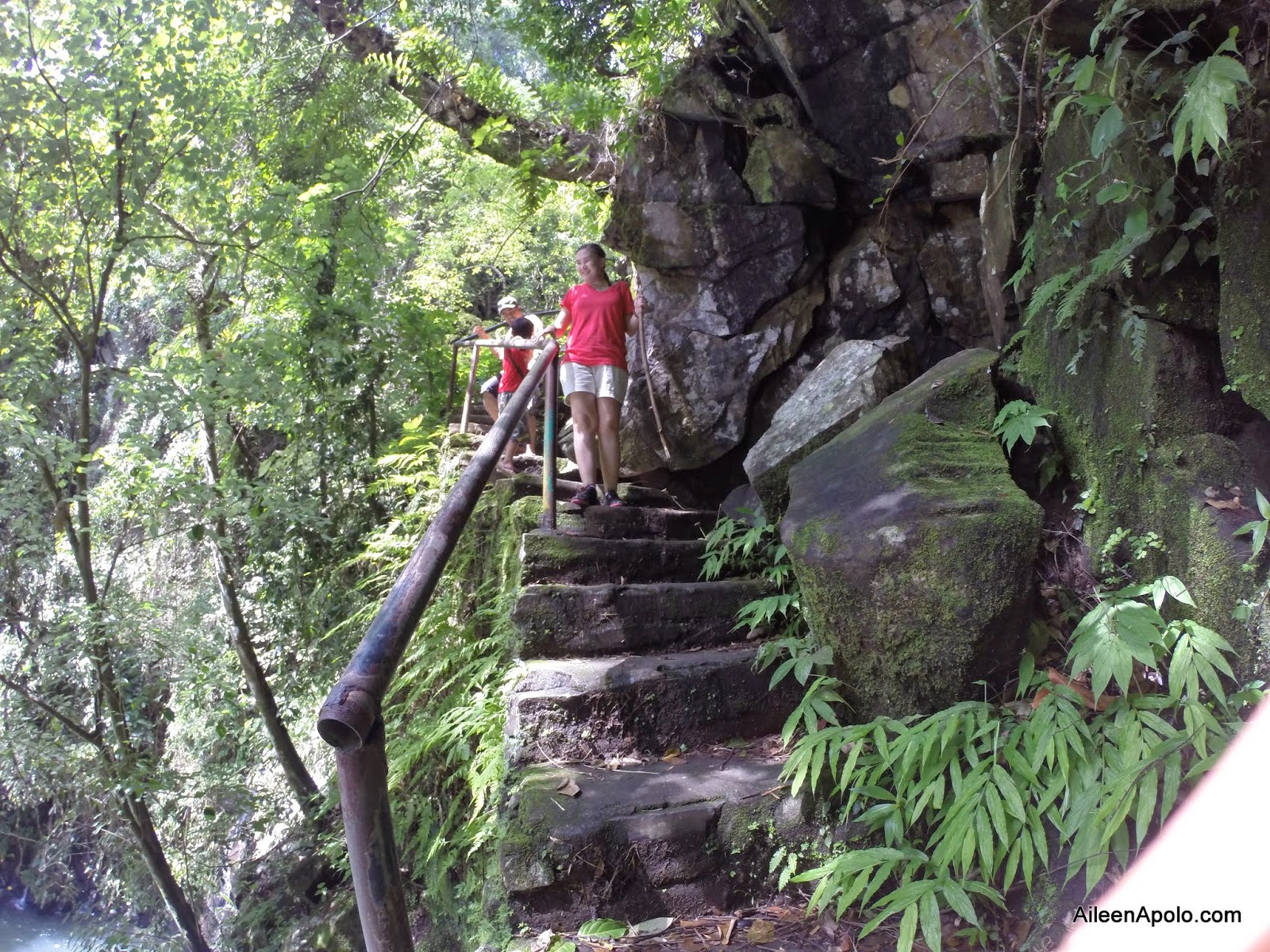 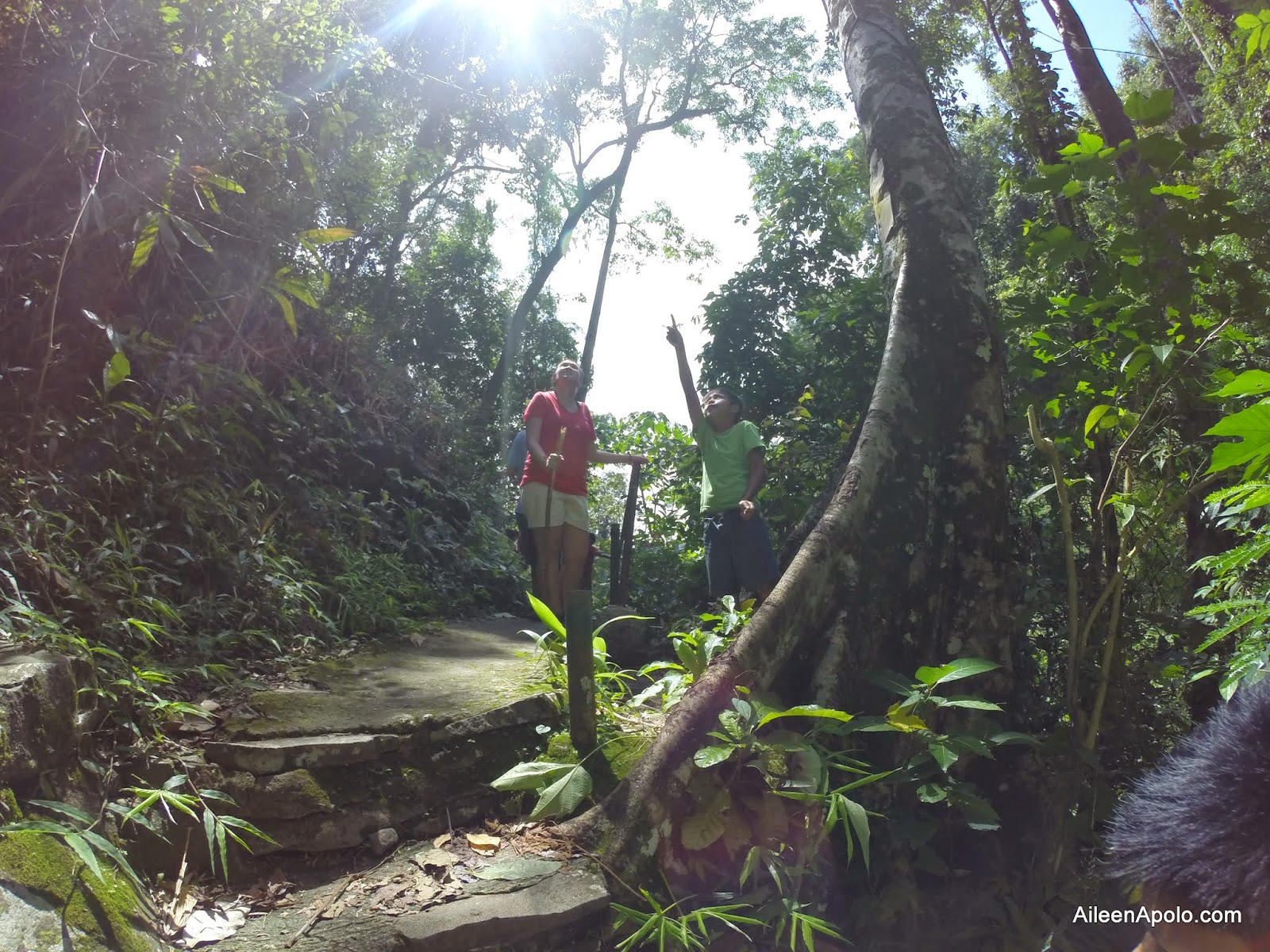 It had rained the previous day so the trail was slippery and I saw a number of colleagues had already slipped. I'm flat footed so that meant I had to be extra careful. My guide though was an angel and made sure I was okay throughout the trek especially when we had to cross the river. I was really nervous, but I still managed to appreciate the beautiful falls. Waterfall #6 as really interesting since it had a cliff where you can jump to take a dip in the pool (sorry I didn't jump). People took turns to jump so it was quite fun cheering them on.

The dipping pool at waterfall #6.

Part of #6, make sure to try out the yummy cassava by Manang.

On the way down to the fifth waterfall we encountered a huge beehive. There were a gazillion bees in the area. My guide made me walk faster so we would avoid getting bitten. A colleague got bitten and 2 kids walking behind me got bitten. It was scary having to rush down the area but the reward was seeing another beautiful waterfall. 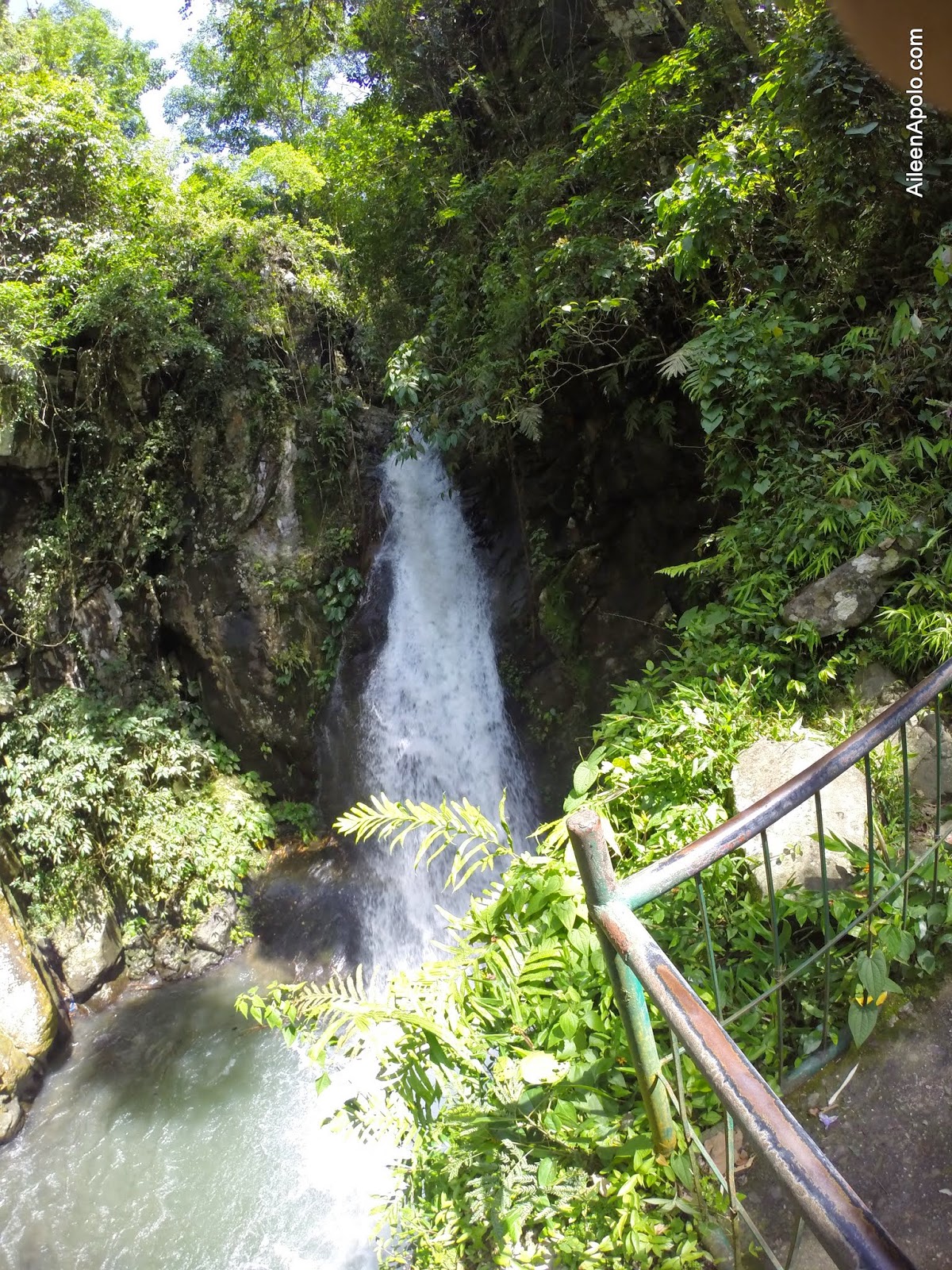 It was an amazing day. It was a huge achievement for me to survive the trek. I missed out enjoying the company of my companions since I couldn't keep up with them, but I realized since the trek up Borubodur last year very few people understand what it means to have my condition. I still couldn't walk properly and it's been 5 days since the trek, but I'm happy to say that the adventure did not affect my heart. Lesson learned though, do more research before doing a #yolo moment coz it will save you a lot of muscle pain. 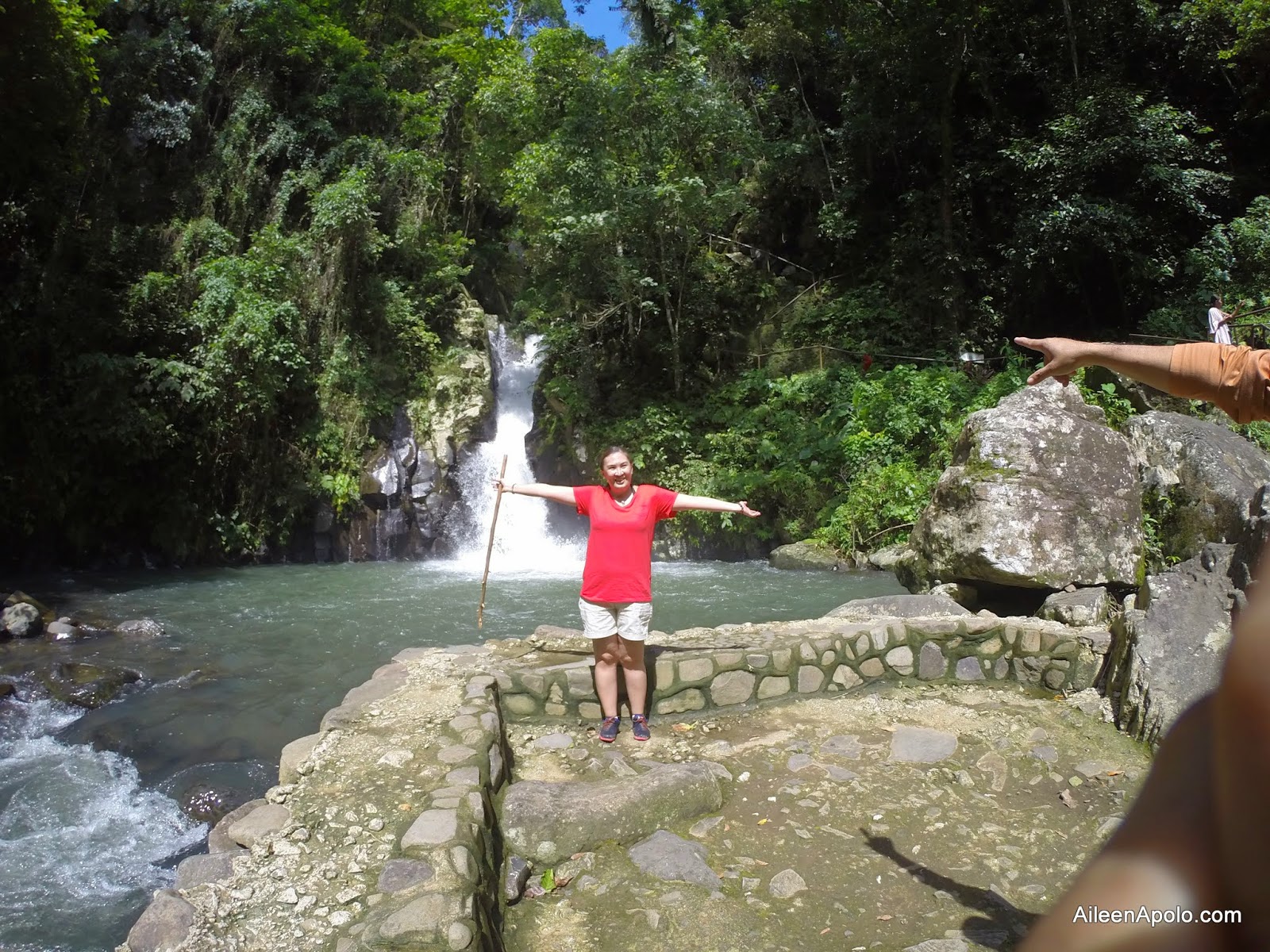 Good thing my guide liked taking photos! GoPro is a bit hard to figure out though.

Special thanks to my guide (I was too shy to ask his name) and Kuya Raul for making sure I made it back (and to Jerjer for being there on the way up)!