I never really thought about my future when I was in high school. It seemed pretty weird to me back then and my immediate plans revolved around graduating from college and finding a nice job. Things jumbled up a bit when I had Miguel in college, but things pretty much fell into place eventually. 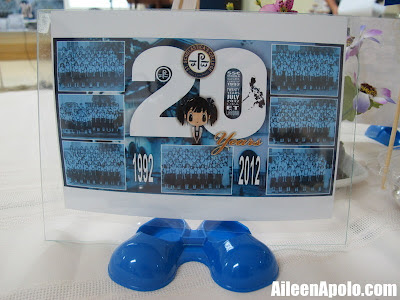 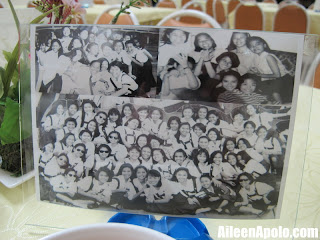 My life was pretty routine when I was in high school. I'd get up at around 4:30 in the morning and the school bus would swing by for me at around 5:15am and I'd be in school at around 7. I ate with the same set of friends from my freshman year until senior year. And they're still my buddies until today. Come to think of it my science laboratory partner, Rica, was my partner for all four years too. She took care of all the gory stuff (think: frog dissection) and I did all the reports. We had a good team despite being complete opposites (she's now an awarded independent film director!).

I had to attend our high school reunion even though I was a bit freaked out about celebrating "20 years after high school". My seatmate/laboratory partner, Rica, was in the committee and she managed to bamboozle me to go home for it (I certainly had to  give up helping in a huge project for this!). So I arrived almost on time last Saturday to attend the reunion (but everyone else was almost 2 hours late!). 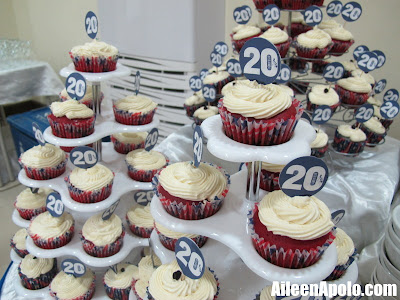 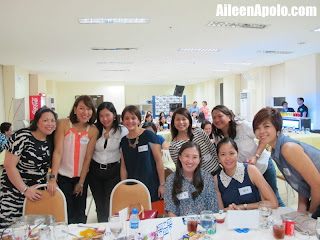 I should've watched "Romy and Michelle" again before attending the reunion. I had planned to wear a shirt and shorts +sneakers ensemble, but since I was scheduled to accompany Sweetie to another appointment I decided to wear blouse and jeans (minus the sneakers). Good thing I had bothered to get a hair spa on the same day because I was pretty surprised that everyone seemed to have worn make-up for the party (I guess it's just probably me who thought otherwise, the perils of working for a company which doesn't require you to dress up).

Our section wanted to win the "Hakot Award", but we had a low turnout and so there was only 9 of us. I realized then that a lot of my batchmates are already based in other countries and I was mightily surprised that I had batchmates who live in Singapore too! It was a fun evening reminiscing about high school. The short skit done by some batchmates highlighted our heavy use of the following back then -- Trapper Keeper, Denman brush, Aquanet and our bulging pockets which housed all of those things plus our wallet/album. Of course there had to be a dance number. I took a short video but I'm not going to upload it (I'm not sure it will be welcomed.). 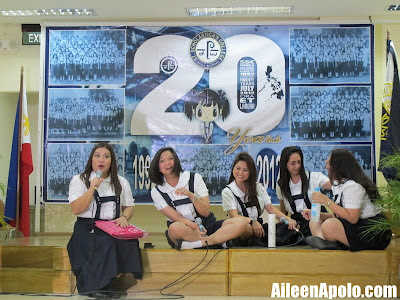 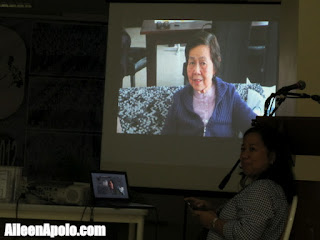 I wouldn't be where I am today if not for the discipline instilled on to me by my teachers (especially the terror ones). I was really happy to see some of them in the flesh - Ms. Galan (P.E.), Ms. Mina (Filipino), Mrs. Se and Ms. Dehesa (now Mrs. Isidro). My Filipino teacher I mentioned in a previous blog post gave us a message through a video. We all shrieked when she appeared on screen. She still has the power to make us sweat even after all these years (haha). One of the things I remember she kept harping on back then was, "Always be prepared even with the small things." If you didn't bring your own paper you weren't allowed to take a quiz. 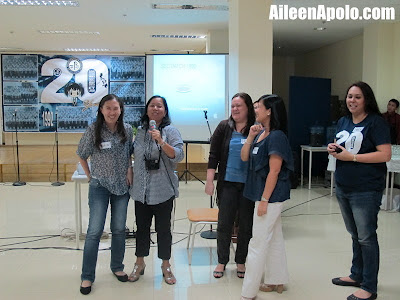 It was great to see my classmates again and I think in the coming years the the "section border" is going to blur and we'd eventually just remember we're from one batch. It was also interesting to see how people have changed physically and mentally in the past 2 decades. I gained 30 pounds since high school! It doesn't look like it, but I used to be reed thin back then (I'm just hiding everything now in my pata). And I can say a lot of us from the "quiet group" have come out of our shell (probably wreaking more havoc than the notorious ones back then).

Well girls, see you in "the nearest Sunday to February 10" in 2017 for our silver jubilee! Block your calendars now!